One week in New York

New York was great. I had the oportunity to join satis&fys nike team to help prepare Rucker Park in Harlem for the forthcomming Nike World Basketball Expo. Sure thing I would go. When I arived in Harlem, the cab driver dropped me off at the west side – Rucker Park is on the east. Walking a couple of blocks with all my stuff and asking people revealed that not many peolple know where Rucker Park is and white man with lot of expensive equipment stroling through Harlem was not a good situation. When I finally got there at noon, I was missing my passport. A quick call at the embassy revealed that my normal Personal Ausweis would last to get me back to Germany. The first day ended at two in the morning with some good beer in Old Amsterdam, a nice little beerbar around the corner from the Beacon Hotel where we had our rooms. At this time I had been up for 26 hours flat.

Throughout the week the daily routine was getting up at 6, head ober to Fairway to get some juice, meet my coleagues at 7 in the lobby, take the metro to Rucker Park and get back ain the evening. My role at the production site was more playing the tourist an documenting things by taking pictures. Friday was dealine an the show was about to start with a big bang: Michael Jordan attended the show along with Wade, Melo and CP3. The whole friday and saturday Basketball teams from all over the world the would play against each other on the official NBA parkett, we set up. A big show! I stayed till about four in the afternoon and than me and Björn went off sightseeing.

Our tour started at the south port as we wanted to visit the old lady with the torch. We just caught a ferrie at Battery Park after we almost took the wrong one to Staten Island. The trip lasted for about an hour and the skyline at dusk was just plain beautiful. Back we walked up, Broadway, passed Ground Zero, went into tons of stores in Soho and had a rather dull pizza at Time Square.

The next day I woke up at four in the morning… jetlag was in full swing and I was just awake. Over to Fairway, got some nuts and went to Central Park. Together with the squirrells I had nuts and witnewsed a bombastic sunset. Green, old trees and above the skyscrapers, reaching into a blue sky, sparkling in the first light off the day. I was contend that I got up and didn’t stay in bed.

On my way back to the hotel, I made a little detour and went into the nearby Apple store. I didn’t have high hopes that I would be able to get an Iphone. You need to have an american address. The folks there told me that it would be no problem to buy an iPhone generally, but they jut don’t have them in stock. I should come back on sunday morning….early! So I came back the next day at 7:30 just to find the line of people reaching already around the corner. Well…. now that I was already here I took my place at the end and after two and a half hours of waiting I had my iPhone. No contract, but an AT&T simlock – for what reason ever without a contract… thanks to Dev Team this was no big problem.

But back to saturday. I was thinking of something in New York that I would have some sort of relation to, something that I realy knew although never beeing in this city before. The Ghostbusters HQ from the movies…. yeah that’s cool and somehow far from the typical sights. A little google search reveald that it must be down on lower east. When I got to the coordinates there where was a parade, lots of firemen. “Great, they can tell me for sure where to find it. This building used to be an ancient firedepartment”. But once again it showed that no one seems to know where things are – I guess the city is just too big to know it all. So, after an hour of searching I sadly dumped the idea and walked all the way up to Fifth Ave, walking through Little Italy, China Town, Soho and when I turned around from the Iron building I noticed that the Empire State Building was just one block away. My feet wre killing me and my back was aching, but after a sneak peek through the door where I saw not much people I opted to hurry up, shoot some pictures and than go the hotel to rest. No chance! When i finally got down again three hours had passed. Standing in lines for the eleveators, walking stairs, been pushed through the store on 80s floor, standing in line again just to find out it was the wrong one, when the doors closed and the lift went up again, instead of down. I was really exhausted and more than dead tha alive when I reached the hotel, but it was worth it. You hardly can grasp the vastness of this city… it is mindblowing. Actually I wanted to go back to Rucker Park that day, in order to shoot more pictures of the event but I was totaly drained…no energy left.

As said at the beginning, it was a great trip. The whole city is so full of contrasts, hughe, packed and so was my time there. One might think that one and a half day is way too short for NY – right – but what you feel right away is that this city is a real world city and that you are welcome. A litle bit like Berlin, but bigger, extremer.

Now here are some pictures of the trip – more you will find over at my photoblog. 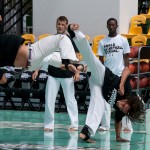 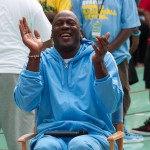 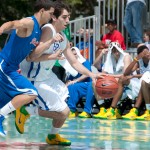 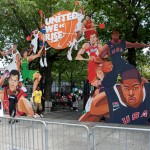 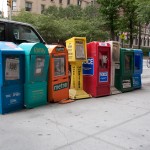 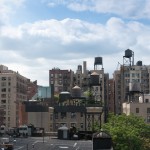 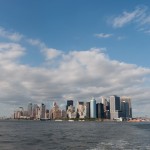 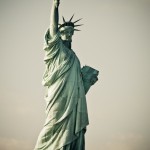 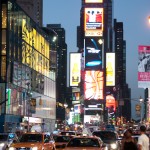 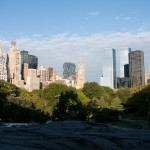 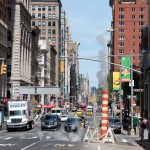 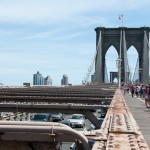 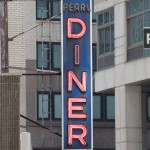 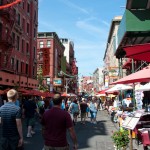 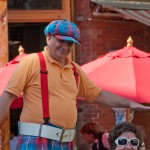 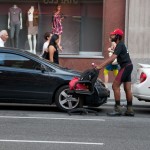 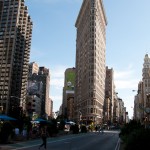 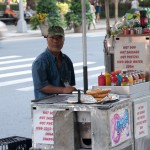 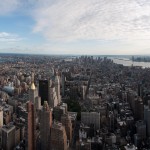 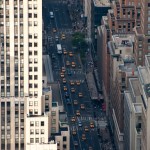 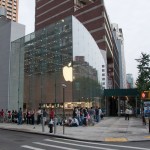