I got my C64 around 1986. At that time I was 11 years old, visiting the fourth grade of elementary school. Much too young to have a computer was the opinion of most elder people. Three years later, I took all money that was on my bank account and bought an Amiga 2000. Once again, people said that such an expensive machine is nothing for a kid. From my point of view it suited me very well and despite playing games alot, I got to know the basics of computing that are nowadays hidden behind shiny clean userinterfaces and abstraction layers. Also did I discovered my passion for graphics, CGI and all that. Today all those people are glad to know me. They call me up and ask me to fix their computer related problems. 😉

It was back in those days, where a phenomena called scene appeared. Cracker intros turned into demos and split up from the illegal scene. For those interested in whole story I can recommend the freax books. Right from the start I was fascinated that someone was able to control this machine and make software at home without beeing a professional programmer. For me this was some kind of black magic. As hard as I tired to lear to code, I never got quite far and conecntrated on things I could do and was good at. Over the years I pixeld my way into the scene and am a member of Scarab (Amiga), Remember (C64), and DogCow (Mac). Some of this very specific art is shown here.

Although the C64was already quite ahead of its competition, when it was released in 1983 and had quite a nice graphic chip (VIC) that could produce a multicolor (160x200px with 3 colors in a single 8×8 block – out of 16 colors) and a hires mode (320x200px with 2 color per 8×8 block) it seems to be very limited today. It is quite a challenge to come up with something decent on this platform, but as this was my first computer – my first love – it is happily accepted. This scene is one of the most active ones with so many great people pushing the limits.

Graphicapabilities of the Amiga were unheard off, when it got released in 1985. This machine was so far ahead of its time – even so much that the marketing department of Commodore itself did not know how to marked it properly. This system would have deserved to be around today, among Apple and Windows machines that took over the world. It cult following and people that still care about it show that it ruled the world at least a bit than. Graphics modes where pretty much brushed up compared to the C64 (and most other systems at that time).

When Nintendo and SEGA released their consoles in the mid 80s I took notice, but was not impressed. I always felt that the consoles somehow killed the computer scene and was hard on trying to ignore it. Off course I noticed that some of my favorite Amiga cracking groups released console warez and added trainers – pretty much like they did on computers and I was awestruck when I saw that they even added intros. Still, consoles were too expansive and games were on cartridge back then. That changed when I finally got a Playstation in 1998 and noticed that there were the same schemes and people doing the same stuff as they did with their computer: cracking, hacking and training games… but what really appeared to be some kind of magic was that they put intros in front of their releases – pretty much the same as they did all the times before. Difference was, that these games came part on cartridges and those guys knew how to ripp, crack and even code for these systems. When DC Clark showed me his jailbroken Nintendo DS at Breakpoint 2008, I went straight to the shop across the street, bought one and we pawned it right at the spot. I took another two years, till we got our butts together to finally do a demo on it, though. 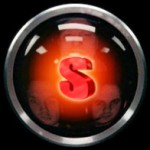 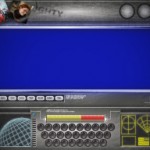 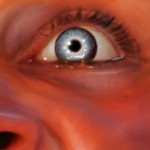 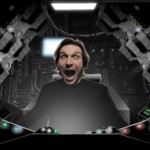 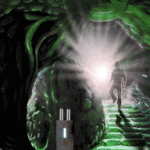 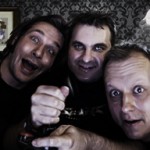 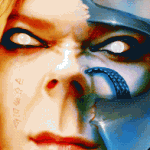