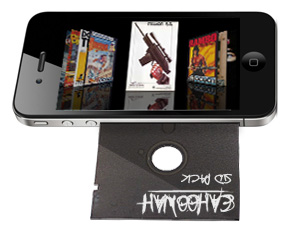 I had the opportunity to go to New York to help setup Rucker Park, Harlem for the Nike Basketball World Expo. Off course I had to go and see the big apple. I almost spent the whole week at the production site and when the show finally started, I sneaked out walked the city and finally got my iPhone 4, yess! To be true: it is not really nice what Apple puts you through in order to get one of these. On saturday I finally had some spare time and so I went to the Apple store on broadway, not far from my hotel. I was told to that off course I could buy an iPhone 4, no contract needed – only problem: they don’t have any. But I should come back next day. “I wouldn’t come too late. 7.45 AM is almost too late”. The next day, when I got there at about 7.20 AM the line was already around the next street corner. Some guys seem to have stayed there from 6 in the morning. Honestly, I can’t imagine that Apple has a shortage of iPhones. They keep their stock in stores low on purpose. Never the less after three hours I got one – just to find out, that it had no contract, but an AT&T Simlock. Thanks to iPhone dev team and redsn0w I can use it anyway and symio makes me feel far less ripped off than those Telekom prices and their way of doing business in Germany.

Last week I was on holiday and the rotten Telekom screwed up the account data of the house we stayed in. So no internet, partly bad weather outside, no sim card from symio yet… it felt just like in the 80s, where computing was mostly a single-man-on-an-island-thingy. 😉 Earlier I figured that you can make your own ringtones by converting an audiofile to aac and rename the resulting .m4a into .m4r. No Sidplayer installed and no HVSC in sight, I was somehow stranded with my idea to convert some old SID tunes to play as ringtone. Luckily I had a trial version of Rolands Liegers great Power64 that has a sound recording function and with the complete collection of Digital Marketing disks I was ready to go. In the end it turned out to be far more work than anticipated, mainly because I had no audio edit software as well. Audacity was on my mind, when I cut the tunes with the pro version of Quicktimeplayer, but here at home I found out that either the older version nor the new beta seems to work on my Snow Leo. So don’t judge the looping cuts on the tones to hard, as I had no real tools at hand.

Next part about Apple that I hardly understand. Why only 30 seconds for a ringtone? Steve, think of all the women searching for their iphones in their stuffed handbags…. this takes more than 30 seconds and repeating a tone over and over again gets on everybodys nerve. Anyway, here are some tunes I found worthy to convert. Some of my favorites are missing (No Lightforce, sorry Thomas) but the 30 seconds barrier is hard to keep when you have no real editing tools and so I keep the gems for the next release.

So now go and bother your room mate, peer or who’s just around you, with your all new/old C64 sounds. Have fun!

7 comments on “Ring my SID Chip”