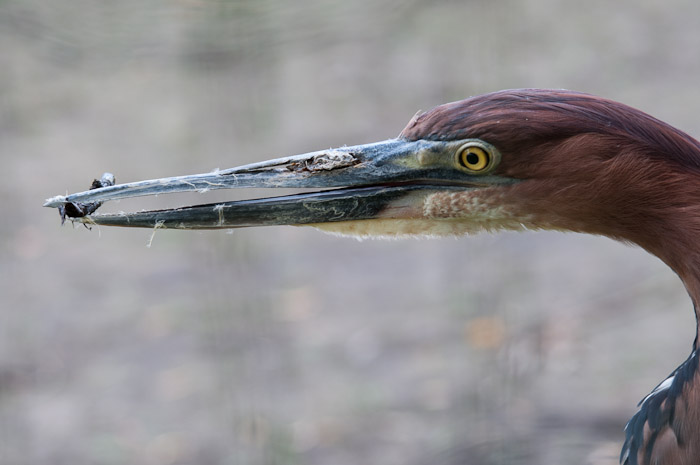 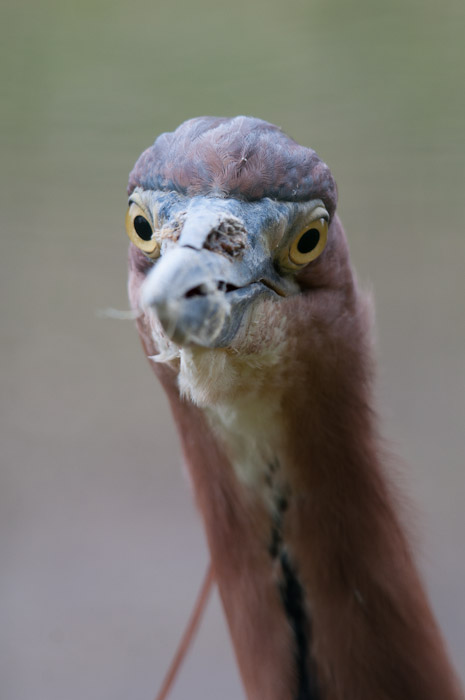 Meet my new friend! This really big grey heron can be seen in the Vogelpark in Niendorf. He has one crippled claw and his nostrils was jammed with dirt. Obviously his ability to fly away had been disabled by cutting his feathers on the left wing. Sitting in a rather dull spot at the farest end of the park he reminded me of an old captain, stranded, with no water and chance to ever get away. He seemed to have some story to tell and was absolutely not shy, which is usually the case with herons. Whenever they see you with a lens pointing at them with no cover at all they fly away. I spent a few minutes with him, waiting at the fence that kept him from getting away by feet. We stared at each other and than he made a step towards my position, picked up a tiny branch and tried to move it my direction. I try to think that this was some kind of inviational gift and this gesture really touched me. I will post another picture of him right away as he is actually a good looking bird, at least from the side.

Here he is with the tiny branch that he tried to throw in my direction. I really felt sorry that he got caught, but his behavior, his broken claw and him not beeing shy of people at all made me believe that he actually was lucky stranding here. Who knows: perhaps he was found with his claw crippeled and got a second chance to live on thanks to the people in the park.