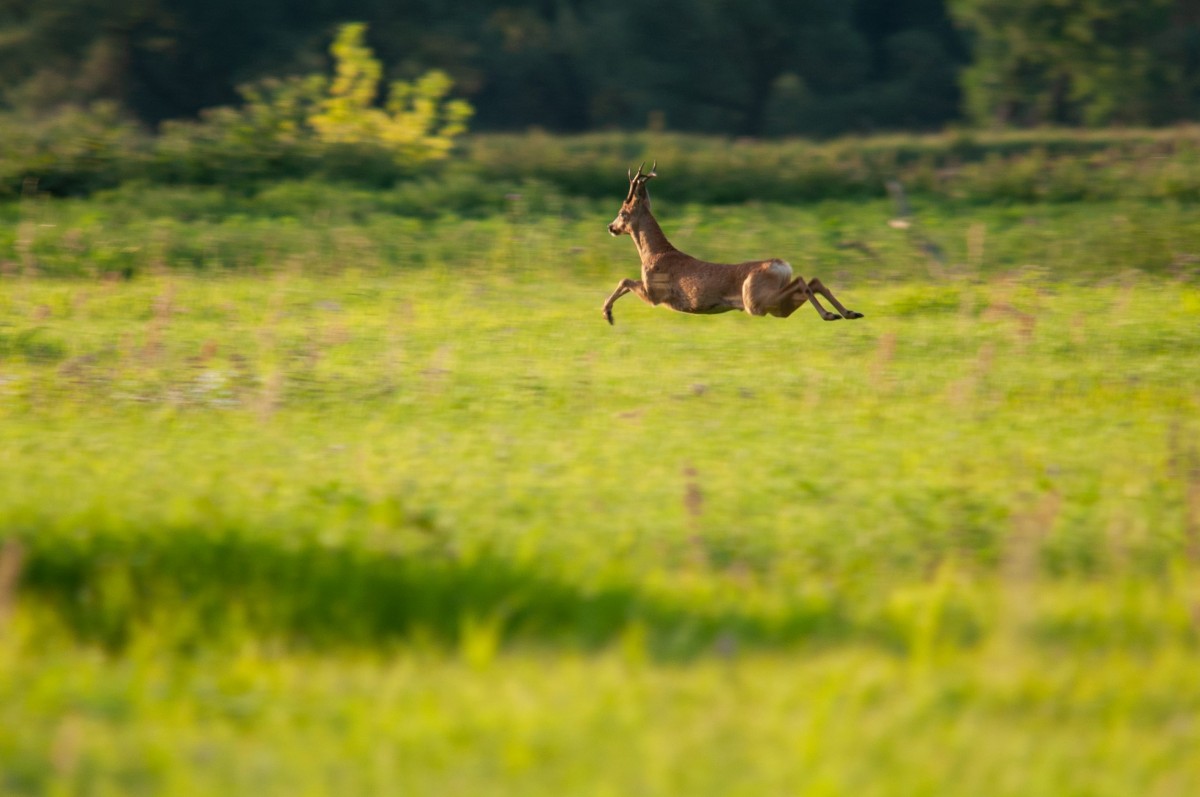 From the dike outside Werben you can have a good view across the Elbauen. This ist true for both: humans and animals, hence they are quite used to people passing by and don’t care that much if there are still about 100m inbetween. I spotted this roebuck ind the distance right when i climed the dike. Sneeking up to it took me 30 minutes. Luckily an big old oak tree gave me some cover and so I got close enough for pictures. As most of its kind, the roebuck spent most time with its head down eating, so I chose to give it some reason to look right at me and cracked a branch on purpose. Probably should have just stayed longer and sneaked closer, but those meadows are home to a greedy bunch of mosquitos. It ran off of me and jumped like a rubber ball and I was too late with my camera. A couple of seconds later, it came back my way… another stroller and his dog where crossing his escape route and gave me second chance. Sun was fairly low at that point and the roebuck was quick, so this is not the sharpest experience.

the storks of Werben
Thunderstorm @Werben(Elbe)
We use cookies to ensure that we give you the best experience on our website. If you continue to use this site we will assume that you are happy with it.Ok