BoulderTasch: How to move around old hardware..

Since I got my C64 back in the middle of the eighties there was always the task of taking your gear along. At first it was only a bunch disk boxes and a joystick, but later, when I started to attend parties, the luggage became more and more. Nowadays I only take my trusty Macbook to Revision, which is a big relieve. No CRT screen, no towers or desktop computers, no disks…. ahhh, so smooth. But being a retro nerd and active on all levels, the problems got worth, throughout the last couple of years: Not only did my collection grew to the point where I can hardly walk in my basement, no, the old stuff ist back and so are the heavy screens and computers.

Usually I have a big plastic box, where I put in all the computers I take to HomeCon and DRP shows, somehow wrapped up in remains of bubblewrap; not very good and protective. Yesterday, I found some carpet remains at work, that was supposed to go to the big trashcan. Mhh… why not make a bag for an old computer out of it?

Here’s my first try. Thanks must go to Flo, who came up with the idea of using eyelets. I call it BoulderTasch – stupid wordplay with a nod to the game Boulder Dash. (Tasche = German for bag and not speaking the last “e”  on word Tasche ist typical for Hessen, where I live). The Rips carpet is biodegradable – I really hope that there is nothing in it, that will attack the plastic of the Amiga. We’ll see.

I noticed that velcro tape sticks very well on the Rips, so there is a nice way of making a simple lock. Just put a strip of velcro over the flap. Quite pleased with the outcome and still lots of Rips left, I think I will do some more Taschs for the rest of my “mobile” computers. 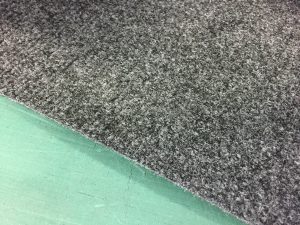 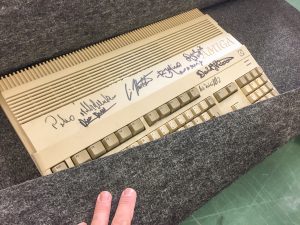 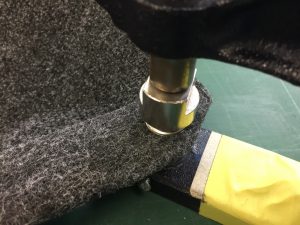 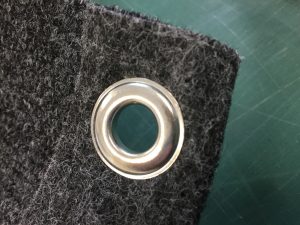 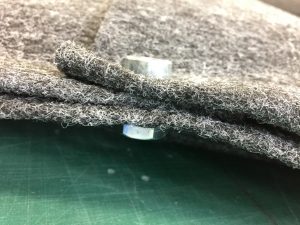 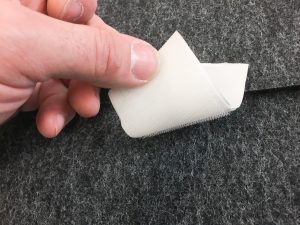 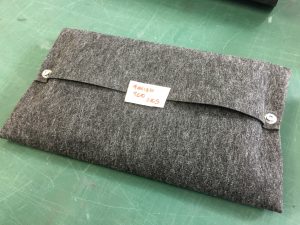