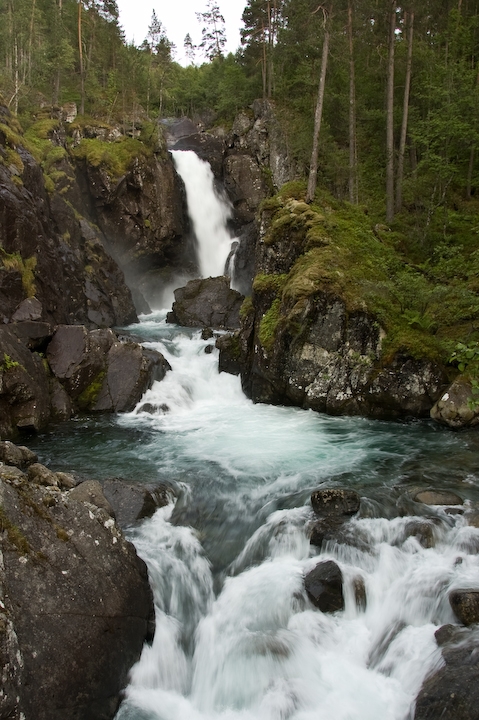 Shortly before Sørfjorden that is known to be one of the fertile regions of Norway, because of the fjord following a north/south axis boosting a decent climate, we pitched our camp at Hildalcamping. Accompanied by the giant waterfall right across theE13, the concierge from the camping site told us of another waterfall, along the ancient Almannavegen, that started right behind the our cabin. This waterfall was one of the loveliest, along the way. Although not as big, as the others, it was nested in an seeminly unspoiled part of the woods.

stand by me
godtholstjønn – no mans land