Sooo.. finally, after a couple of month of very slow and only sporadic time spent on this project, my SIO2SD is finally up and running. Big thanks to Diskwiz for all the support with my noob questions and for making this device in the first place. I just sneaked away from Marie and told Nadine that I would like to finish this thing to get it off my back and play with my Atari 800. There where only the buttons missing and so I screwed all parts down on piece of Forex (gator board) an duck taped the display to on it, to make it easier to move the whole thing around and soldered the four buttons to the arduino. I am really happy that it worked right from the start, as I still was a little bit worried that I might have hooked up some wires incorrectly. But, no! I works perfect. So far most of the games run and the few that didn’t I will have to check the disk images and play around with the settings – I guess.

While I was waiting for Draco to flash the ATMega for me (big thanks for that), I started thinking about a case to put it in.  There was a guy that did a tiny Atari 810 disk drive, just the size that a micro SD Card would fit in. I liked the idea but as the SDI2SD  comes with a handy display I had to go for a bigger version. The company I work for recently acquired a Makerbot and so I started to design something that resembles the look of the original Atari 810 disk drive. Using Lightwave (my good old Lightwave) it was not as easy as it might have been with a real construction tool. Luckily over at chromecow there are some STL Im-/Exporter scripts for LW. Tutorials on youtube where a big help.

The final print got delayed a bit, as the Makerbot was not working correctly. The outcome is quite nice, although the surfaces are very rough right now. I found a tutorial on how to clean out those marks, using acetone … this will be the next step. I don’t know when I will find the time for this. Most likely I will have to clean out the basement first and install some workbench for working with those chemicals – guess they are not good for a baby.

So here are some shots and short video of the actual SIO2SD on the first run. 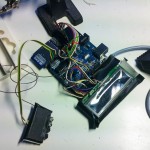 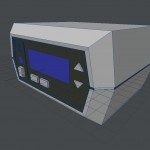 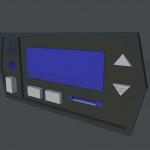 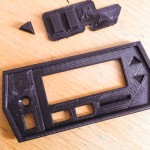 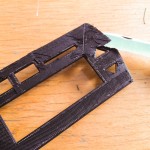 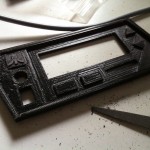